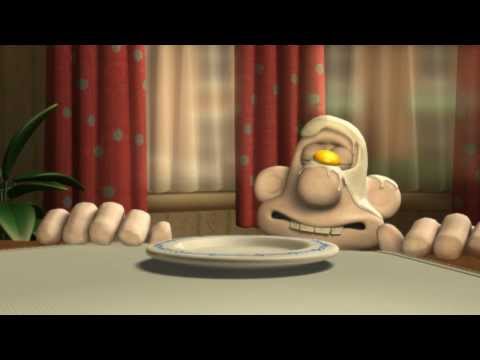 Wallace & Gromit's Grand Adventures is an episodic graphic adventure based around the characters of Wallace and Gromit created by Nick Park and Aardman Animations. The game was developed and published by Telltale Games. It was first released for Microsoft Windows with the first episode released on March 23, 2009, the second episode released on May 5, 2009, the third episode released on June 15, 2009 and the fourth episode released on July 30, 2009. It was then released for Xbox 360 with the first episode released on May 27, 2009, the second episode was due to be released on September 8, 2009, but the announcement was shortly retracted; instead, the final three episodes were released simultaneously on the service on November 4, 2009. Episodes are developed by Telltale Games in collaboration with Aardman Animations to develop the story, characters, and setting. Players control both Wallace and Gromit at times through the gameplay. Ben Whitehead, Aardman's official backup voice actor, portrays Wallace, instead of Peter Sallis, who had voiced the character in all screen appearances up to that point. A playable demo of the first episode was made available on March 16, 2009 and can be downloaded from the official site as well as Yahoo Games. It is also included on the Region 2 DVD and Blu-ray releases of A Matter of Loaf and Death as DVD-ROM content. On January 14, 2014, Telltale Games removed the game from sale due to the expiration of their distribution rights for the Wallace & Gromit intellectual property; customers who previously purchased the game can still download the episodes from their game library. Spider: Rite of the Shrouded Moon