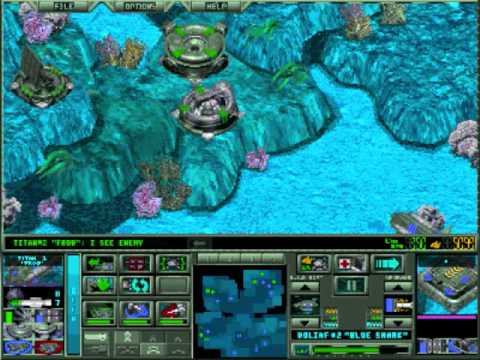 Submarine Titans is a real-time strategy video game that takes place in the year 2115 after a comet has struck Earth, driving two human factions, the militant White Sharks and the scientific Black Octopi, to establish underwater bases and fight for dominance over the oceans. The comet also brought a mysterious alien race known as the Silicons, who compete with the two human factions to collect resources and build a gate that would take them back to their homeworld. Each faction has its own ten-mission campaign, and the player can play the three campaigns in any order. Wyv and Keep: The Temple of the Lost Idol The Adventures of Chris