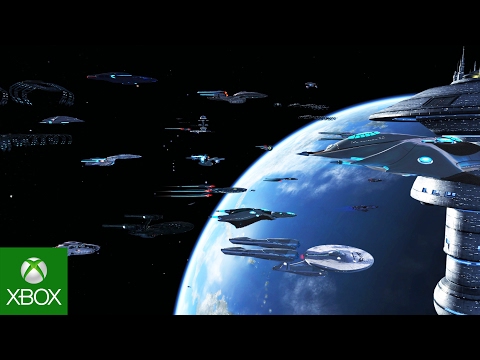 Agents of Yesterday is Star Trek Online's third expansion, announced on May 5, 2016, as the game's contribution to the 50th anniversary of Star Trek. The expansion allows for the creation of Starfleet player characters from the era of the original series who become involved in an ongoing "Temporal Cold War" (a storyline that was introduced in Enterprise, and brought into STO with the "Future Proof" missions in Season 11) with the Na'kuhl species. Matt Winston reprised his role as Daniels, the temporal agent who fought alongside Captain Jonathan Archer to stop the Na'kuhl in several episodes of Enterprise. He was also joined by Walter Koenig, reprising his role as Pavel Chekov, and Chris Doohan as Montgomery Scott, filling in for his late father, James Doohan. The expansion also intersects with the alternate timeline from the reboot series begun in 2009 by J. J. Abrams; Joseph Gatt reprises his role as the cyborg science officer 0718, who appeared in Star Trek Into Darkness Ni no Kuni: Wrath of the White Witch Remastered