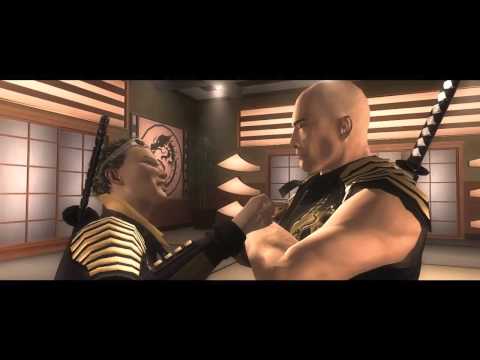 Nothing is going to stop you and your gang of saints. The game was released on PC in 2009 so now, you can enjoy the full scale Grand Theft Auto parody on your computer.Gameplay and open world possibilitesSince the release date of the Saints Row 2 the game became very popular. It was so popular, that it was even able to challenge the Grand Theft Auto franchise. Why you might ask? Because of a few reasons. Well, first of all, Saints Row 2 is a real sandbox crime game filled with action. Your main aim is to do various tasks which are going to allow your gang to gain power in the city. However, you are not forced at all to do that. It is entirely up to you what are you going to do. The world is open, so you decide. Do you want to drive leisurely through the entire city? Go ahead. Do you want to buy stores and create your own, financial empire? The game allows you to do that. Maybe you want to steal vehicles? Sure, why not. However, the best of it is the fact that the game can be played in both single player and multiplayer. You can play co-op sessions. You can even enjoy the deathmatch. Kick asses of your friends in online combat sessions. Characters and settingsWe are going to provide you with a short synopsis of the Saints Row 2 plot. Mainly due to the fact that it is quite interesting. After the explosion of the yacht at the end of the first game, the main protagonist of the game falls into come. He was being taken care of at the Stilwater Penitentiary. When he was in coma, the 3rd Street Saints gang was disbanded. Hence, the Stilwater city is now controlled by three new gangs:The Ronins, Sons of Samedi, and The Brotherhood. Thanks to the help of his fellow inmate, the Protagonist was able to escape from the prison. Now he has to take over the city and teach everyone respect. It is not going to be easy but thanks to help of his friends, he will be able to do so. People like Carlos  Mendoza who treats you like a hero. He is going to do everything for you.Then there is Johnny Gat (a real star of the series) who is a crazy and aggressive asshole. At the same time though, he is a very carrying family man. Then there is Pierce who is one of the most important people in the entire gang. However, at the same time he is barely noticed by anyone. You are going to love these people.ReviewsWe decided to check the reviews for the PC version of the Saints Row 2. The average score was 7 / 10. If you are a fan of such game like Grand Theft Auto or Just Cause then you are going to love this game.Key featuresEnjoy a big open worldTry to regain control over the Stilwater city.Destroy your enemies.Enjoy the co-op.Have fun with game full of laughs and jokes Age of Fear 2: The Chaos Lord