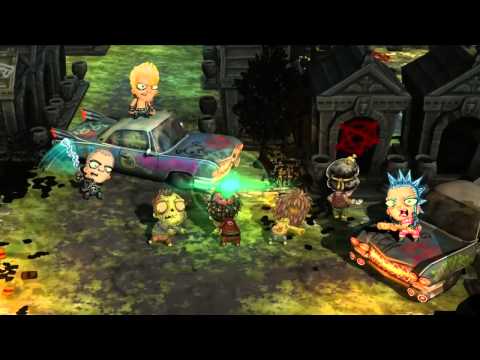 Ray’s the Dead is a game where YOU are the leader of the zombie army. It’s story driven gameplay will challenge you with a satisfying blend of action, tactics, puzzle, stealth, and adventure, all rolled into one fresh gaming experience. Sneak, smash, laugh, and moan your way through the last hurrah of the 1980’s as you take on the role of Ray, the newly risen zombie. Along the way you’ll discover who Ray really is, how he ended up dead, and most curiously, what is this giant lightbulb contraption sticking out of his head! You’ll make fantastic new friends as you build a diverse zombie army to crush your human opponents. Ray’s the dead will take you on an adventure unlike any you’ve seen before as you experience his fun and exciting tale! This a zombie game with real brraaains and heart.
zombies indie comedy kickstarter funded fire ps4 shadow horror steam undead steam trading One Punch Man: A Hero Nobody Knows