Imagined and created through a shared vision between the two companies, Marvel vs. Capcom: Infinite will feature a variety of exciting and accessible single player modes and rich multi-player content for new players and longtime fans alike Imagined and created through a shared vision between the two companies, Marvel vs. Capcom: Infinite will feature a variety of exciting and accessible single player modes and rich multi-player content for new players and longtime fans alike. In addition to single player Arcade, Training and Mission modes, a visually stunning and immersive cinematic Story Mode will put players at the center of both universes as they battle for survival against a sinister new threat, Ultron Sigma. Marvel vs. Capcom: Infinite is being built to highlight a combination of iconic locations and fan favorite characters from both universes, including Captain Marvel and Iron Man from the Marvel side, and Ryu and Mega Man X from Capcom. Reborn Rivalries: Universes collide once again in this all-new crossover clash for the ages, where players select their favorite Marvel and Capcom characters and engage in accessible and free-form 2v2 team battles, which allow for new gameplay dynamics never-before-seen in the franchise. Infinite Power: Choose one of the six powerful Infinity Stones from the Marvel Universe to influence the outcome of battle. Each Infinity Stone will customize characters with unique abilities and powerful game-changing effects that can quickly turn the tide of battle. Iconic Heroes: More characters join the announce roster (Captain Marvel, Iron Man, Captain America, Ryu, Mega Man X and Morrigan) in the battle for survival, including Hulk, Thor, Hawkeye, Rocket Raccoon, Chun-Li, Strider Hiryu, Chris Redfield and Ultron, bringing the current roster up to 14 characters with more to be revealed in the future. Cinematic Story: The Marvel and Capcom universes collide as heroes and villains battle together to save their merged worlds from a sinister new threat, Ultron Sigma. A combination of the robotic foes known as Ultron from the Marvel Universe and Sigma from the Capcom Universe, this psychotic villain is obsessed with infecting all organic life with a cybernetic virus. History's greatest gathering of warriors must now unite to fight back against Ultron Sigma and save their newly formed world. Accessible Single Player Content: In addition to the cinematic story experience, players can hone their skills in a variety of accessible single player modes, including Training, Mission, and Arcade modes. Vast Multiplayer Features: Robust online modes and content including ranked and casual The Deluxe Edition includes: * Marvel vs. Capcom: Infinite Standard Edition, SteelBook case and 2017 Character Pass. * The Character Pass contains six additional characters and a Premium Costume for each character. Sigma, Monster Hunter, Black Panther, Venom, Winter Soldier and Black Widow will be available following Marvel vs. Capcom: Infinite’s release on 9/19/17. * PlayStation4 Exclusive Costume: Major Carol Danvers
2021.02.11 23:43

LEGO The Lord of the Rings 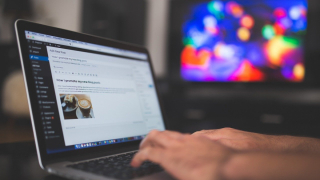