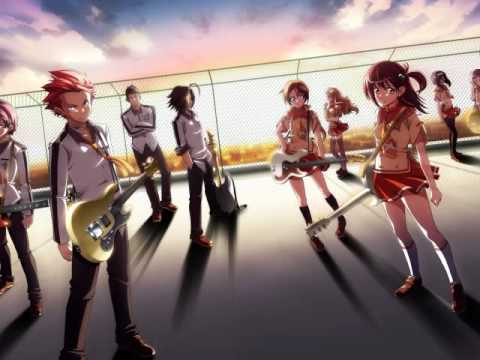 This is an after story of Kira Kira. It has two parts: First and Second Stage First stage concentrates on hotblooded young guy named Souta Honda. He loved two things in this world: rock and his childhood friend Yui Hoshimoto. But attempts to improve relations with both always turned out a total disgrace for him. After one more fail he promised Yui that he'll form his own band and became "bright like the sun" to make her love him... Second stage is, in a way, a continuation both for Souta's story and original Kira Kira story. It tells about preparations for the large concert celebrating the 5th anniversary of Murakami's group, Happy Cycle Mania and bonds all old and new characters together.
comedy romance eroge multiple protagonists slice of life sexual content terminal illness toky Beatbuddy: Tale of the Guardians Lords of the Realm