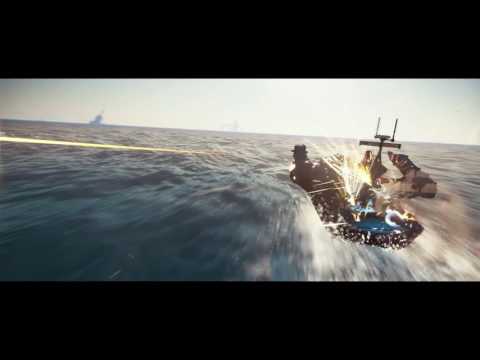 Bavarium Sea Heist is the third downloadable expansion pack for Just Cause 3. The events begin where the last mission of the Mech Land Assault left off, regardless of where the base-games storyline is at the moment. As with the other DLCs, once downloaded, it becomes unlocked after passing a few of the first storyline missions. This DLC pack takes place at sea, at the "Stingray Area" - a set of several enormous off-shore rigs where the eDEN Corporation once researched weather and electricity. The research base can control lightning and it's now controlled by the Black Hand who are using it for their "Global change project". It's up to Rico to stop them. In addition to a few missions, off-shore floating bases, the DLC will add a weaponized jet-boat and a hand-held lightning-gun. Leisure Suit Larry in the Land of the Lounge Lizards