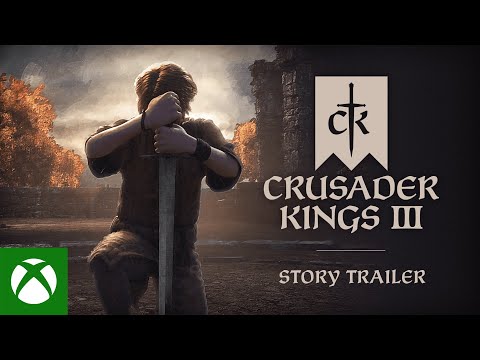 Crusader Kings III has the biggest map of the whole series, reaching from Iceland on the one side up to Central Africa. Moreover, the world will also be much more detailed and filled with more settlements and counties. Each of such counties has its own counties which can be besieged and conquered. The characters and the dynasties The game provides the players with not only the portraits of the specific characters (such as the rulers of the kingdoms), but with the full-body 3D figures. Each character has also his or her own set of traits. There are also some basic genetics implemented which makes it possible that the parents may pass some of those traits down on their children. Many traits may be both more positive or negative and it can have impact on the characters’ relations with others. Moreover, choosing one’s dynasty also features the choice of the main character’s lifestyle. There are five types of lifestyles to choose from. Each of them provides the players with three separate skill trees, so in total, there are 15 different ways of shaping one’s lifestyle. For example, our leader may prefer pursuing knowledge with the “Learning” lifestyle will allow them to focus on medicine, scholarship, or theology. The Dynasties are now the collection of separate Houses, which is also a difference from the previous game. The Houses are called “Cadet Branches” and they should work together for the glory of the whole Dynasty. The game allows for creating our own Cadet Branches and the Head of the most powerful House within a certain Dynasty will become the Dynast (of the whole Dynasty, of course). Being the House Head grants a few of new options such as legitimizing the bastards, declaring war to other Houses, and so on. Of course, becoming a Dynast will give access to even more possibilities since such individuals have the control over all of the House Heads in their Dynasty. The religion Crusader Kings 3 features also a complex religion mechanics. There are plenty of playable religions and they all have their separate Tenets, which provide certain bonuses to all of the practitioners of that particular religion. Doctrines, on the other hand, are more holistic, indicating the particular church’s point of view in various matters (such as celibate among the clergy). What is most interesting is that the players are in power to choose their own Tenets, and thus create a heresy. The more changes one wants to make to their religious system, the more Piety it will cost. Of course, there are various ways to generate Piety. The warfare and the armies Each army at its beginnings in CK III will most surely comprise of Levies and Men-At-Arms. Levies are the most basic type of unit available in the game and it depends on the chosen setting. Men-At-Arms are a more versatile and durable part of one’s army, while the Levies make for its complement. Apart from those two basic types of units, the game features a lot more diversity in terms of the available troops, such as various cavalry and infantry units, and – on top of that – knights. Knights are the ultimate type of soldiers. Their strength is so great that 20 knights may correspond approximately 200 Levies. Knights are basically characters we choose from among our realm. However, in order to make a character a knight, there are some requirements in terms of the combat skills that the particular character needs to meet. Moreover, the game also offers such features as ransoming war prisoners, hiring mercenaries and plundering the territories of the neighboring realms with raiding parties. Last but not least, there is also a possibility to hire Holy Orders for some of the major wars our kingdom takes part in (as the title of the series indicates it). Key features Huge world map with much many details, filled with counties and realms. 3D character models with various character traits and game genetics allow for creating our own, unique Dynasty. Recruit Levies, Men-At-Arms, and a lot of other types of units to form your ultimate army. Hire mercenaries and Holy Orders for those of the biggest and most challenging wars your realm fights. Engage in intrigues, send spies to your enemies’ territories, seduce significant characters, blackmail your political opponents, and do many more to achieve your goals. Heroes of Might and Magic V: Tribes of the East