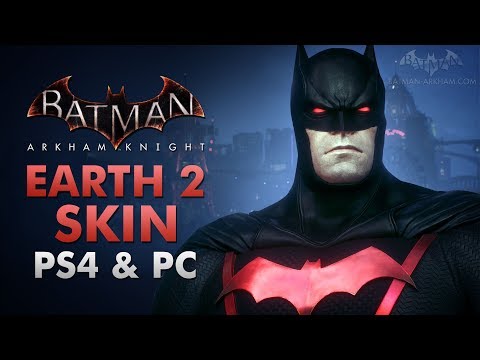 Become the sworn protector of Gotham City with the Earth 2 Dark Knight costume. (Exclusive for PS4 and the Epic Games Store version on PC) Previously, this Costume was only available in North America in special giveaways (Mountain Dew Campaign) and as an e-mailed reward for visitors attending the E3 2015 event. It was included as free DLC with the 2019 Arkham Collection release before it was released as free DLC in January 2020.
dc comics dark knight batman nightwing robin batgirl the joker dc become the batman selena Making History: The Calm & The Storm