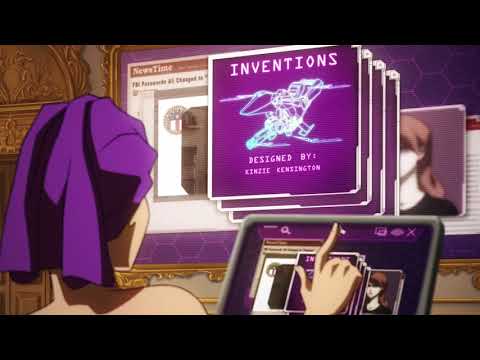 Kinzie Kensington has been an exceptional hacker since she was old enough to read and type. Instead of letting her talents go to waste in prison, the FBI decided she’d be better off working for them, so she was put to work in the cybercrimes unit at 18 years old. Being stuck in a boring, dead-end job never sat well with Kinzie. She wanted action, excitement, and above all an outlet for punishing people violently. While she knows LEGION is a dangerous organization which needs to be stopped, she probably wouldn’t care as much if she wasn’t allowed to go out in the field. As an agent of MAYHEM, she gets high-tech gadgets, weapons, and a license to beat down anyone who gets in her way … or who she thinks may need a good kick in the ass. Also, the ability to spy on so many interesting individuals in the agency keeps her pretty happy during her downtime.